The next set of results

I turned off backtracking and alpha/beta decay, since that seemed to have minimal effect in my previous experiments. I also dropped alpha and beta to 0.1 to avoid jumping around too much.

Then I let the training run for 2M iterations to see if I could get something that is plausibly converged. Honestly I don't even know if a realistic neural net does converge, but looking at other articles on TD gammon training it looks like they do.

Here are the results: 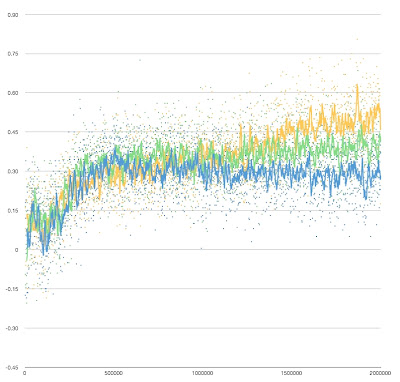 The blue line and blue points are for a network with 10 hidden nodes; green is 20; and orange is 40. The points are the average points per game playing the network against the pubEval benchmark for 200 games. The lines are the rolling 10-point averages.

This is meant to be something like the chart from the TD gammon scholarpedia page: 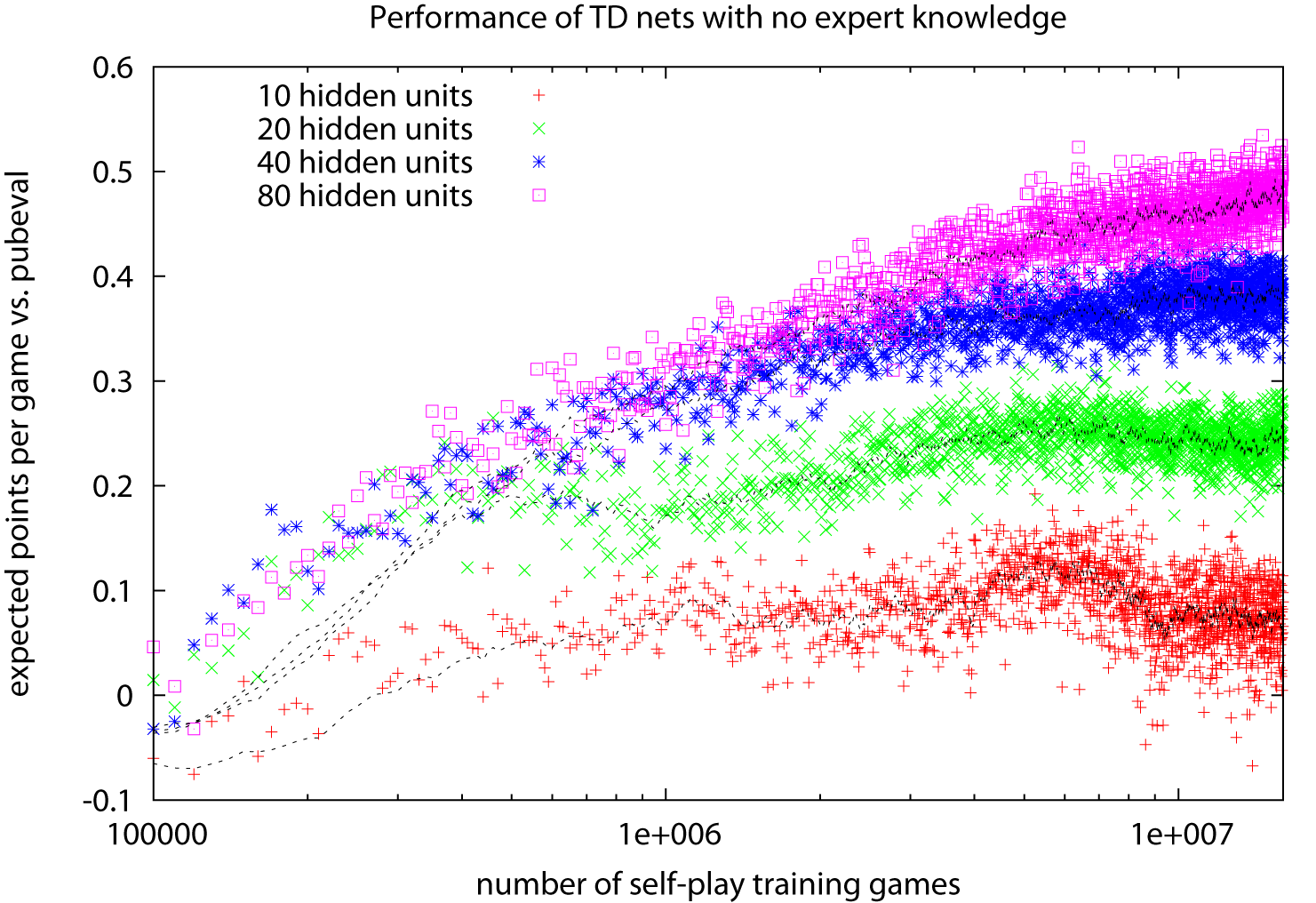 This goes out to 20M iterations, so is much longer than my 2M runs. But curiously, my networks all do much better than the results above. Even my 10-hidden-node network gets up to +0.3ppg on average.

There are two possibilities here I think: my pubEval player is implemented incorrectly and so is not as good as the player in the scholarpedia chart; or my trick to reduce the number of weights by (roughly) half is actually a new trick that makes convergence easier.

I hope it's the second, but really it's probably the first. So I'll go back and check out the pubEval code.

Regardless of what I find there, though, it is really satisfying to see my neural network actually learning and getting better! I'll have to play a few games against it to get an independent feel now of how well it is playing.

Note: it was the first, of course - my pubEval implementation was buggy. After fixing it's a much stronger player. I also had some significant problems with my network setup. Check out the Jan 2012 posts to see believable results.